Since the HTML standard does not have a “caption” attribute for the img element, Flare doesn’t either. There is a caption sub element, but it only works nested inside of a table.

We can still use image captions, of course, they are just a little more work. Your image captions will simply be a paragraph with a particular style applied. We then wrap both that paragraph and the paragraph containing the image in a div that prevents the two from separating as they break across pages in print outputs.

The p.Figure style that you will apply to your caption paragraph will autonumber with the chapter and image count. In the XML Editor, all of these look like they are in Chapter 1 of an output, but this is just placeholder information. At build time these images will be dynamically numbered in sequence.

Do I need to Caption Every Image?

In short, no. If it is clear from the context why the image is there and you do not need to cross reference it from another location, you can likely skip captioning. Images in steps do not generally need captions. However, note that longer form documents have a list of images in the appendix and only captioned images will be added to that list.

The smaller version of reusable content in Flare, snippets, have a second usage. Normally, you insert snippets and do not make changes to them. However, you can also use them as mini templates for objects that you use over and over. We have created some special snippets for just this use case.

This starter element will place an image into your topic already followed by a p.Figure paragraph and wrapped in a div.printunit div.

Conditions are what give our single sourced content its flexibility. Conditions are a way of tagging content with metadata that you can use to include or exclude content when you build your target. For instance, we have a set of conditions for Audience. If a topic is the same for both customers and internal employees except for one paragraph, you can write two versions of that paragraph in the topic and have the target include/exclude each as appropriate when you are building your outputs.

All conditions you are likely to need are created for you already.

There are two major actions to using conditions, tagging the content and setting the filters.

For each target we use, we set filters that specify what tagged content should be included or excluded.

Setting up targets is generally something that the Technical Editor will assist you with. However, if you do have to set filters:

In a knowledge article, you can link to other articles or any other location on the internet or intranet. There are two methods for inserting links, one for articles and a second for everything else.

Links Are Not Functional while Editing Articles

While in editing mode for a particular article, clicking the hyperlinks in your content will not take you to the link location. To test your links, you must save your changes and click the Preview icon to open the article preview tab. The links will function in the preview window.

SFDC calls the link to articles feature Smart Links. These are still hyperlinks, but SFDC formats them in a special way that makes sense to itself and then inserts the target article title as the display text.

Inserting Hyperlinks to other Locations

For all other locations that are not other articles, use the Insert Link icon.

Creating articles helps others who may encounter the same problem. Through recording, revision, and reuse of knowledge, we can solve issues more effectively.

In every opportunity for creating or revising articles, consider:

If an article for the issue doesn’t exist, create it

Press Save and Create Article from the close case form to copy over all applicable case fields to your new article.

If an article for the issue does exist, improve and reuse it

When you read an article, you might find that there are additional details, symptoms, or problems that lead to the same article. Add them to the article and submit it for publishing.

Goal: Increase confidence in an article by improving and reusing it.

If an article applies to your case, attach it and rate it

If an article helps you solve a case, attaching to the case and rating it will help others know that the article was useful and reusable.

Goal: Reusing and rating articles will highlight articles that are fixing problems.

As of this communique, all listed fixes are currently deployed in newly manufactured warp engines and all spare parts are being fulfilled with their latest revision.

The Condensor Coil and Charge Electrode in the Class 7 warp engine are enhanced with a rounded design. This decreases the chance of reactor faults and increases overall uptime performance.

Part numbers for warp drive components have not changed. Order the same part numbers as previously used to receive the upgraded spares. 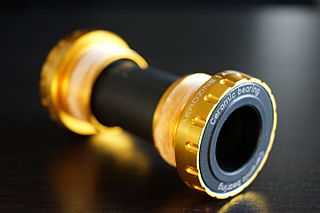 These improvements are upgrades, are not mandatory, and are not warrantied replacements. You should still complete your normal troubleshooting steps before replacing any parts.